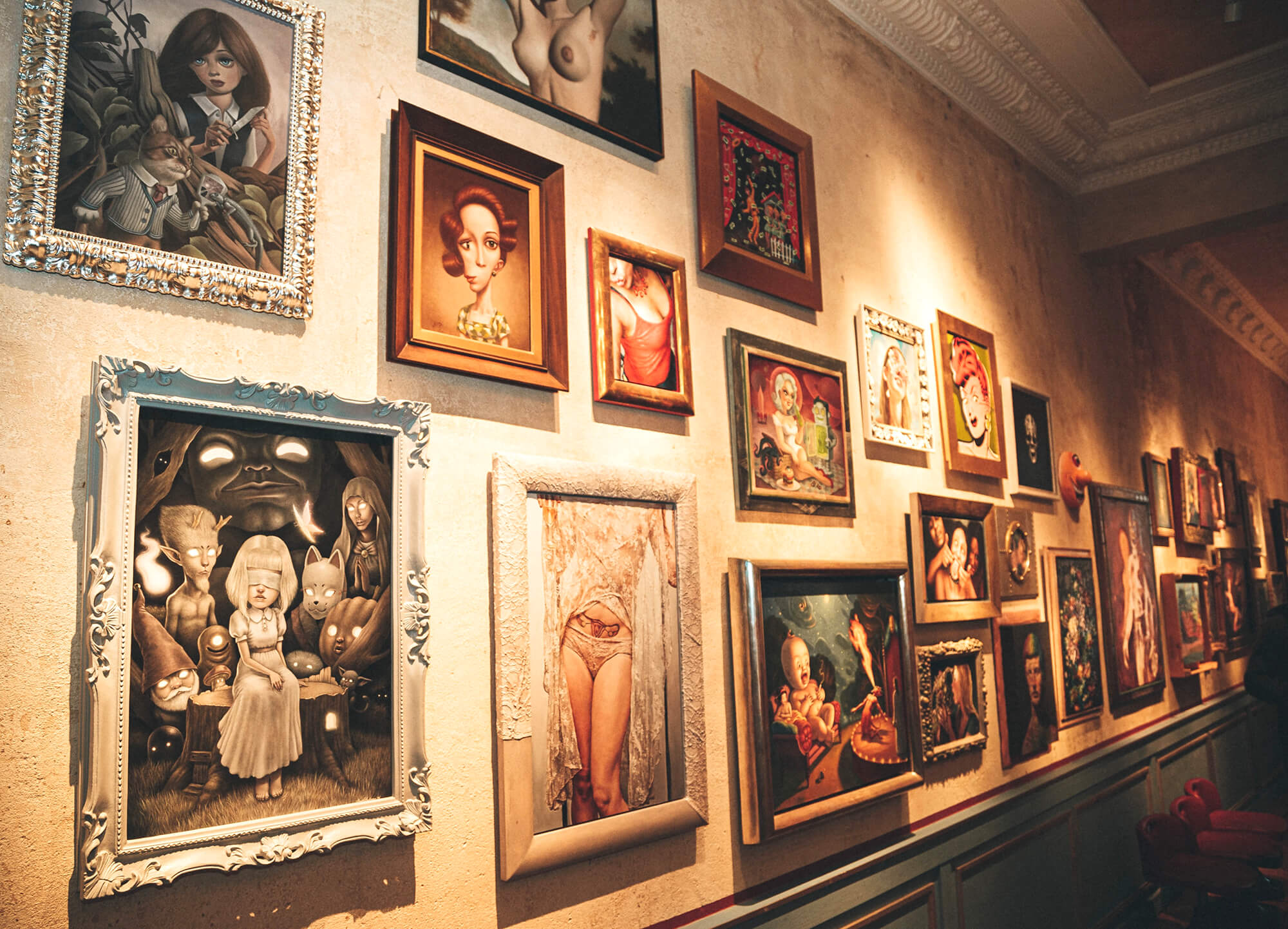 Art lives from being shown – art is communication

With the opening of the new showroom, located in a stunning apartment in the Heckmannhöfe, it is finally possible to show the Seibert Collection part by part. What you are able to see there is a far cry from what you usually get to see in Berlin or Germany. At times, the figurative, colourful and whimsical works contain comic or pop elements, or even surrealistic aspects – often combining the three – which is why they could be roughly classified as pop-surrealism or pop-comic-surrealism. Many of the artists are from the USA, with quite a few of them coming from the West Coast. While they may very well be unknown here in Germany, some of them are icons of the lowbrow art scene that originated there in the 1970s.

The dynamic of the showroom, however, does not simply live from presenting a compilation of individual images without context. Instead, it represents an installation; a total work of art consisting of paintings – quite unusual ones at that – elaborate frames that are artworks in their own right, furnishings, lighting and murals.

The murals shown are by artists Pablo Perra, Vera Kochubey and Roman Frechen, among others.

The showroom has been launched with the Berlin Collection Night on August 23, 2019, which was great fun (www.berlincollectors.com). In the future, we’ll be organizing more frequent events, arranging group tours and photo shoots – and there’s a lot more to look forward to.